Anger Machine is a five piece Thrash Metal band from the Netherlands formed by graduated guitar player Thijmen den Hartigh in the summer of 2015. He asks the same musicians he asked for his examination of the Conservatory to join his band, and a talented guitar student of his to play the bass. The band’s sound is modern, combining groovy parts with melodic and harmonic guitar playing. The catchy songs are composed in a clever way, creating variety, but still forming one whole together. Beside the outstanding songwriting the band’s distinctiveness lies in the Metalcore vocals and the high-class guitar solos which both leave their unique mark on the sound.

On the 24th of September 2016 Anger Machine releases its first EP “Unbreakable”, featuring five songs. At this point the band also starts playing live shows in the Netherlands. Less than two months later on the 19th of November the band already win their first battle at the Bruut Battlefest. Shortly afterwards their single “Warpath” was issued, featuring a cover of Sepultura’s “Dead Embryonic Cells” as a B- track. For the “Warpath” single, the band decided to work with producer David Hazeleger, resulting in a significantly improved sound that does much more justice to the band’s energy and aggression. The band released their first full length album ‘Trail of the Perished’ on July 5th 2019. David Hazeleger has done the production of the album again to ensure continuation of the band’s recent gains in momentum. 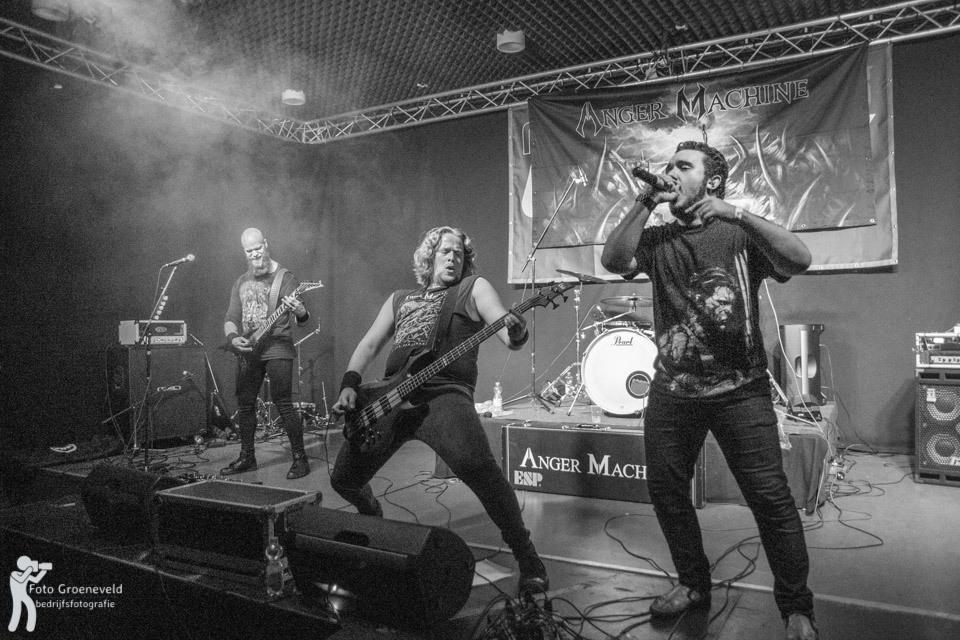 Xeno – Interview with the band