The Dutch melodic metal outfit, Disquiet, represents an international sound, combining Bay Area oriented thrash with Scandinavian death metal elements. Tight rhythmic guitars supported by captivating harmonies, aggressive grooves and melodic guitar solos, create the perfect bed for the intense and diverse vocals of lead singer Sean Maia. His sharp criticism about lust for power and the destructive behavior of mankind echoes throughout the songs and guides you through the raging, hyper-energetic and often emotional landscape that is Disquiet. The music has a distinctive tone and feel, offering plenty of room for musicality and technique in the form of harmonies, grooves, solos and twin solos. The songs demonstrate the band’s versatility, each representing a unique story on it’s own.
The band knows exactly how to channel these stories and their energy live on stage with a crushing show that moves the audience intensely.

In 2012 the band released its first full-length album, “Scars of Undying Grief” (Indie). The reactions in the media were highly appreciative, opening the door to larger stages such as Wacken Open Air. Aardschok Magazine: “Disquiet’s debut album is better than many of the established order.” In 2013 they conquered the metal scene in Suriname with a big festival headlining show. Their 2016 album, “The Condemnation” (Soulseller Records) gained favorable reviews and was followed by a UK tour. Rocktribune: “Unique and modern sound; a thrash album hard to beat this year”.
After a number of years of national and international performances, sharing the stage with acts such as Arch Enemy and Annihilator as well as a successful European tour with old school death metal legends Six Feet Under at the end of 2018, Disquiet was eager for more and determined to push itself to a next level for their new album.

With the latest album “Instigate to Annihilate” (not yet released), Disquiet takes you to the far reaches of thrash and melodic death metal, offering you epic heights. The band shows its determination to challenge itself and explore new dimensions like collaborations with vocalists Charlotte Wessels (ex-Delain) and Vicky Psarakis (The Agonist), guitarist Damir Eskic (Destruction) and Koen Romeijn (Heidevolk) and even an instrumental song for the first time. Even with all the innovations, Disquiet has not lost its focus: Ferocious and crushing riffs, catchy sing-along choruses, and hints of old school thrash with uplifting rhythms that take you into the critical message called Disquiet. 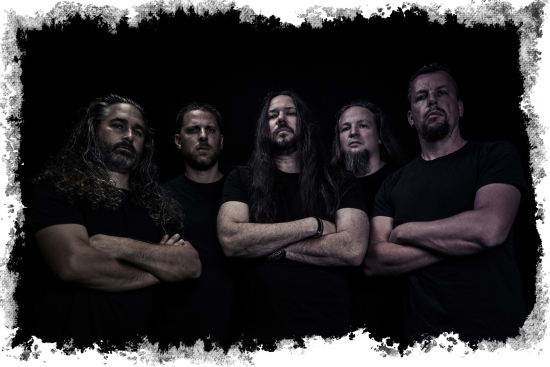