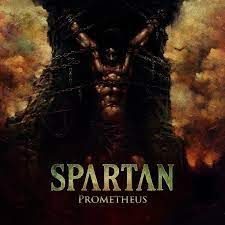 Originating from the Netherlands Spartan are the perfect example of a band which combines Power Metal and Death Metal! Their lyrics are inspired by tales of ancient Greek mythology and are themed around heroic battles, gods and demi-gods in a glorious ode to the past. The energetic elements of power metal perfectly blend with harsh vocals riling up the audience for the well anticipated solos which are played with excellent technical musicianship by two very accomplished guitar players. The band consists of Jeffrey Rademakers on vocals, Pieter Vink and Nick van Beusekom on guitar, Mike van Bekkum on bass and Frank Bos on drums.

Following the release of their first EP in 2009, they embarked on a tour across Holland. The success of the album speaks for itself as Spartan performed throughout Europe between 2009-2013. Most notably they have shared the stage with the likes of Marduk, Septic Flesh, Moonspell, Negura Bunget and Greek legends Rotting Christ, before releasing their debut album . A new chapter was added with the release of in early 2022 where the band took it up a notch both musically and professionally.